Cryptocurrency: What is it, and why is it all the rage? 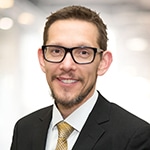 Editor’s note: This is the second entry in a new series called “Blockchain Basics.” Whether you’re a regulator or operator, knowing the basics of blockchain will help you make informed decisions as suppliers create using this technology. For more information or a more detailed explanation of blockchain in your jurisdiction or on your property, contact your GLI representative.

In its simplest definition, cryptocurrency (or crypto-currency or crypto or crypto coin) is any form of digital or virtual currency that uses blockchain technology to securely process and track transactions. It gets its name from the term cryptography, which generally describes a safe/secure method to exchange information between intended parties, denying access to unintended ones.

Because crypto uses blockchain technology, it is naturally decentralized, and in terms of currency, this means that there are no banks, so there are no limitations on when or where a transaction can take place, making it quite attractive in a sleepless global economy.

I’m sure you’ve all heard of Bitcoin, the original cryptocurrency, but there are many, many more that are all generically called “altcoins” to distinguish them from the original. It’s important to understand that each cryptocurrency runs on its own blockchain with its own rules on how blocks are defined and utilized. Here’s a brief overview of the more common cryptocurrencies today, each of which has a history of how it came to be.

Bitcoin – the first cryptocurrency (launched in 2009) and the most popular and highly valued. It was originally created for one simple purpose: digital payments. But the volatility of its value prevents it from being widely used for that and is often simply traded on crypto and/or foreign currency exchanges. One of the most volatile short duration periods for Bitcoin (BTC) was between August 5 and 10 of 2021, when the value went from about $38,000 USD to $46,000 USD, respectively. Compare that to the very small fluctuations in currency values on the foreign exchange, and you can see why BTC is not widely used as a payment method.

Ethereum – the second most popular and highly valued. Ethereum technically is the name of the blockchain itself, with ether (ETH) being the cryptocurrency portion of the platform. Ethereum’s initial design was to be a general-purpose blockchain, allowing application layer execution on the network, making it quite powerful for fast computing in a globally decentralized manner. And Ethereum (or Eth1) is going through a transformation (originally referred to as Eth2) to add a consensus layer to improve network security and scalability. The Eth1 and Eth2 merger has already begun, and in no way confusing at all, the final product will be called Ethereum. For more on that transformation, I suggest you check out: The great renaming: What happened to Eth2?

Cardano – This is the first major cryptocurrency where all currency holders have a say in the direction of the network. This is often referred to as proof of stake. Cardano (ADA) is also well known for being environmentally friendly due to the limited amount of processing required to perform transactions on its blockchain.

Ripple (XRP) – most commonly used by banks to perform international transfers and global payments. Ripple (the blockchain name) and XRP (the currency on the blockchain) also allow for third-party development, making the blockchain applications ever-evolving.

Dogecoin (DOGE) – initially used for small-value transactions such as tipping, gifting, and donating. Dogecoin is also one of few altcoins with no limit to the number of coins that can exist, making its value both volatile and unpredictable.

Polkadot (DOT) – This blockchain is mainly focused on allowing different blockchains to exchange information. Forbes magazine referred to it as the “Ethereum Killer” due to the efficiencies of the chain, similar to Cardano.

Litecoin (LTC) – made as a lite version of bitcoin. Many refer to this as “silver” if bitcoin is “gold,” making it a more viable currency for smaller transactions.

And there are many, many, many more. Thousands in fact, and just like the ones above, each has a specific, initial application/solution in mind when its blockchains are designed, each by different founders/groups with different ideas on what crypto can be and what blockchain can accomplish.

When understanding crypto, it’s important to draw as many parallels as you can to fiat currencies today. No, not the Italian automobile manufacturer; fiat is a term used to describe any issued currency that is not backed by a commodity such as gold or silver, but rather by a government or other institution. So right off the bat, you can’t draw a direct parallel from crypto to fiat since crypto is decentralized and not issued/backed by any government. This leads us to a term you may have heard of: “stable coins.” Stable coins are basically a type of cryptocurrency backed by a reserve asset (often fiat currencies like the U.S. dollar or euro, or commodities such as gold). Stable coins such as Tether (USDT), Binance Coin (BUSD), Dai (DAI), and others are typically used as a medium for payments or trades since they are, well, stable, and don’t have the volatility issues that crypto coins have. They allow all the stability benefits of fiat currencies, but since they still are blockchain-based, you get all the benefits of that as well (decentralized, 24/7, secure).

I should also mention another term you may have heard of: “crypto tokens.” Some would say that token and coin are synonyms with regard to crypto, while others think of a token as more than a currency, but rather a crypto asset, which can facilitate more functions such as representing ownership of an asset, authorize its holder to vote on a decision, or even represent an investor’s stake in a company. Tokens can really be anything on the blockchain that can be used for trading or storing a value. I like to think of a token as a rectangle and the coin/currency as a square. Since all squares are rectangles, but not all rectangles are squares, we can deduce that all cryptocurrencies are tokens, but not all tokens are cryptocurrencies.

So why is it all the rage? My opinion – it’s because it’s “cool,” and when lots of people think something is cool, they invest in it, which makes it “cooler,” and the higher demand drives a higher price. And not only is it cool, it’s also easy, relatively inexpensive, and versatile (and, of course, secure and decentralized). I realize that perhaps stock-trading services today make buying and selling stocks much easier than ever; however, I would bet that most of the population is still intimidated enough to not get into it, at least not without an adviser. Stock markets also open and close daily and take weekends off. In contrast, crypto can be purchased and traded with very little upfront effort or intimidation and with small transaction fees, which are accomplished in seconds at any time of day in any place in the world. It has become popular for everyone, not just investors, and I believe this rapid gain in popularity will continue to drive conversations and applications for using it more and more in our day-to-day lives. Having said that, crypto is relatively young and thus unpredictable in its long-term future. If the markets are being driven up by popularity and confidence, then that can easily be driven down by the converse.

Quick Qs on the Horizon

Because it’s new and quickly evolving, no one really knows the future, but it’s important to stay educated, watch where it is, and be ready for how/when it will integrate with your business and in your personal life.

Check back to our blog every month as we continue to help you build your basic knowledge of blockchain. Additionally, always feel free to contact your GLI representative. We’re here to help.

What is iGaming? All About Emerging iGaming Markets
Is the Gaming Industry Ready for the Metaverse?
< Back to All Blogs
×