VANCOUVER, British Columbia (June 16, 2016) – Representatives from Gaming Laboratories International (GLI®) wrapped up a highly successful 2016 Canadian Gaming Summit this week, held in the country’s capital Ottawa and produced by the Canadian Gaming Association and MediaEdge Communications. Because GLI is known worldwide as the global leader in gaming testing, security auditing and consultancy, the company’s attendance and participation at the summit was highly positive and well received.

GLI’s Vice President of iGaming & Canadian Services Salim L. Adatia said, “As the first and longest established independent gaming test laboratory in Canada, it was reaffirming to hear GLI remains the industry`s primary lab of choice to support the successful Canadian gaming market. From our bi-coastal offices in Vancouver, British Columbia and Moncton, New Brunswick, we could not be more proud than we are today to continue our 25+ years of delivering high-quality based gaming, lottery and iGaming services to regulators, manufacturers and gaming venue operators.”

GLI’s Director, Lottery & Gaming Practice Thomas Bierbach was honored to speak at two sessions during the summit. His solo session, called “How Secure is Your Random Number Generator (RNG)?”, addressed the importance of auditing both the implementation and operational processes of certified RNGs within secure automated draw environments. His second session, which was presented with the British Columbia Lottery Corporation (BCLC), discussed the implications and response of the Canadian gaming industry from the perspectives of technology, business, security, compliance and audit.

Since 1989, GLI has been honored to provide gaming testing and security assessment services for all Canadian Provinces, as well as global existing and emerging jurisdictions. The company serves more than 475 jurisdictions worldwide, fulfilling their independent testing and certification needs. 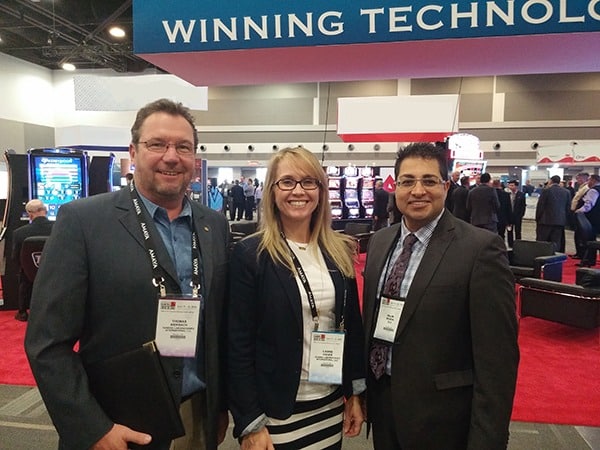