LAKEWOOD, N.J. (May 16, 2016) – With the future of Brazil’s long awaited gaming legislation up for debate, Gaming Laboratories International (GLI®) representatives had the pleasure of attending the 2nd Brazilian Gaming Congress, organized by Clarion Events.

GLI’s Director of Latin America and Caribbean Government Relations and Business Development, Karen Marcela Sierra-Hughes had the honor of speaking on one of the event’s discussion panels, “Taking the Legalized Debate to the Next Level: Addressing the Key Challenges in the Legalization of Games in Brazil and Highlighting the Solutions.”

“The Brazilian Gaming Congress was a wonderful event to attend because it gave attendees unique insights into the current state of the debate on the legalization of gaming and market potential in Brazil, and it was an honor to share GLI’s perspective on the legalization of games in Brazil alongside my fellow panelists,” Sierra-Hughes said. “It also provided Brazilian legislators and government entities, who were widely represented at the conference, crucial information on the global gaming industry’s best practices they can consider on their path to draft the future gaming legislation for Brazil. The topics covered at this year’s event were extremely appropriate.” 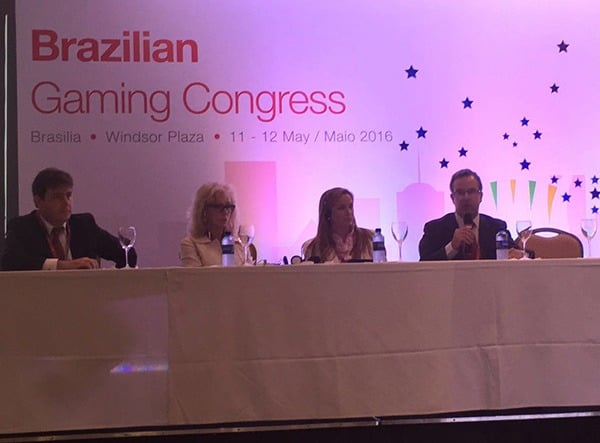